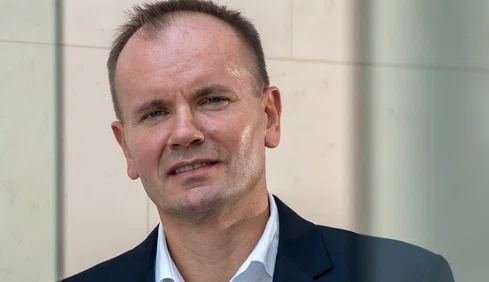 In the accounting scandal surrounding the payment service provider, Markus Braun is due to appear in front of members of the Bundestag on November 19. He is currently in Custody.


Friday, 06. November 2020 -... ISAAN News and ISAAN LIVE - independent and none political News from the world of politics, financial and sports


According to several parties, ex-Wirecard boss Markus Braun will answer questions in front of the Bundestag's investigative committee on the accounting scandal in mid-November stand. The statement is scheduled for November 19, said four members of the Reuters news agency's special committee. That will in all probability after decided on Thursday.
Will he finally burden the CumEx, Panama Papers, Wirecard man and Chancellor candidate Olaf Scholz? That will be interesting!
The company Wirecard, which was listed in the leading index Dax for almost two years, filed for bankruptcy in June after 1.9 billion euros (according to insider knowledge, it should rather be maybe even a 2-digit sum) on the balance sheet as not turned out to exist. Braun then stepped back. According to prosecutors, the managers should inflate the balance sheet with air bookings in Asia and thus losses in the core business.

Markus Braun will also have to do his part in the investigation committee to clear up the Wirecard scandal. He will not answer all questions can refuse, said the Green MP Danyal Bayaz. In the end, as CEO, he is also primarily responsible. Fabio expressed himself similarly De Masi von der Linken: I would also have Mr. Braun shown in pajamas if this were necessary. If he poses as a victim, this is not credible. FDP finance politician Florian Toncar said that Braun was a key witness in relation to the company's contacts with politics and the authorities.

Braun is currently in custody. At his last public appearance, he had described Wirecard as a victim of a large-scale fraud. As a suspect, however, Braun does not have to incriminate himself and can therefore refuse to testify. The board member formerly responsible for the operative business Jan Marsalek, who played a central role at Wirecard, has gone into hiding and is believed to be in Russia according to media reports.

According to Isaan News, confirmed insider knowledge, Jan Marsalek is not only in Russia, but he continues to run his business, which he still has dozens of front companies worldwide, one big money washing machine!


Don't miss the Isaan News page Isaan News to visit, with lots of insider knowledge that only Isaan News reporters have.